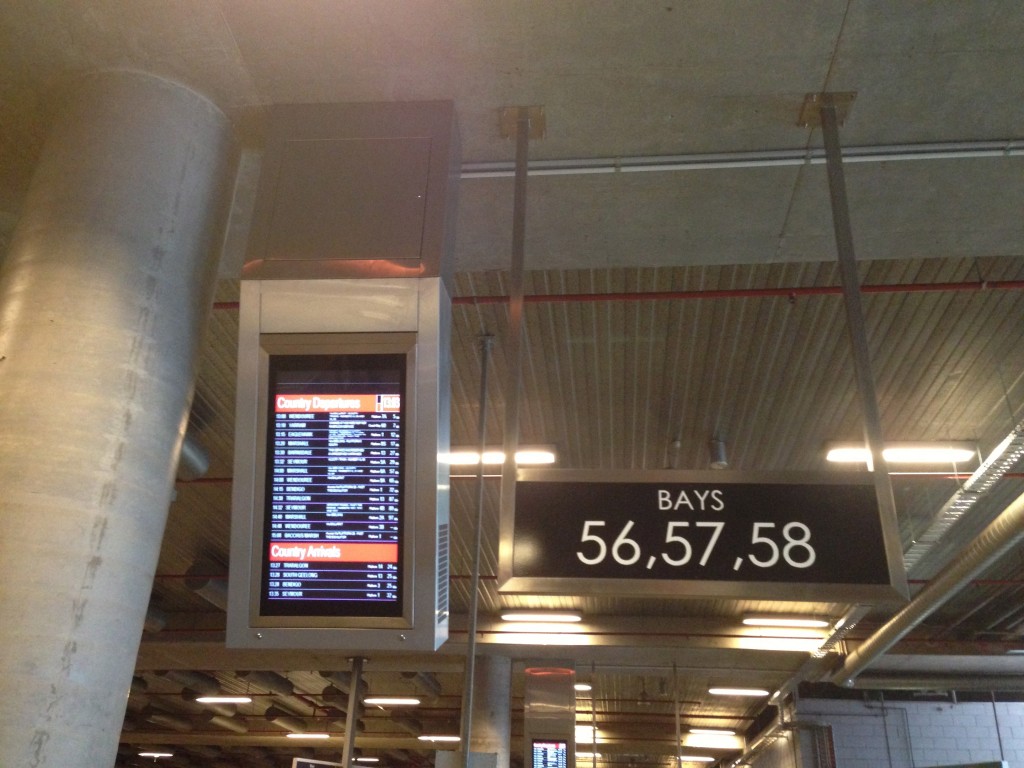 In December 2012, as part of an ongoing upgrade to the V/Line country rail service, all train replacement services were temporarily moved to the Bus Interchange Facility (BIF) at Southern Cross Station. 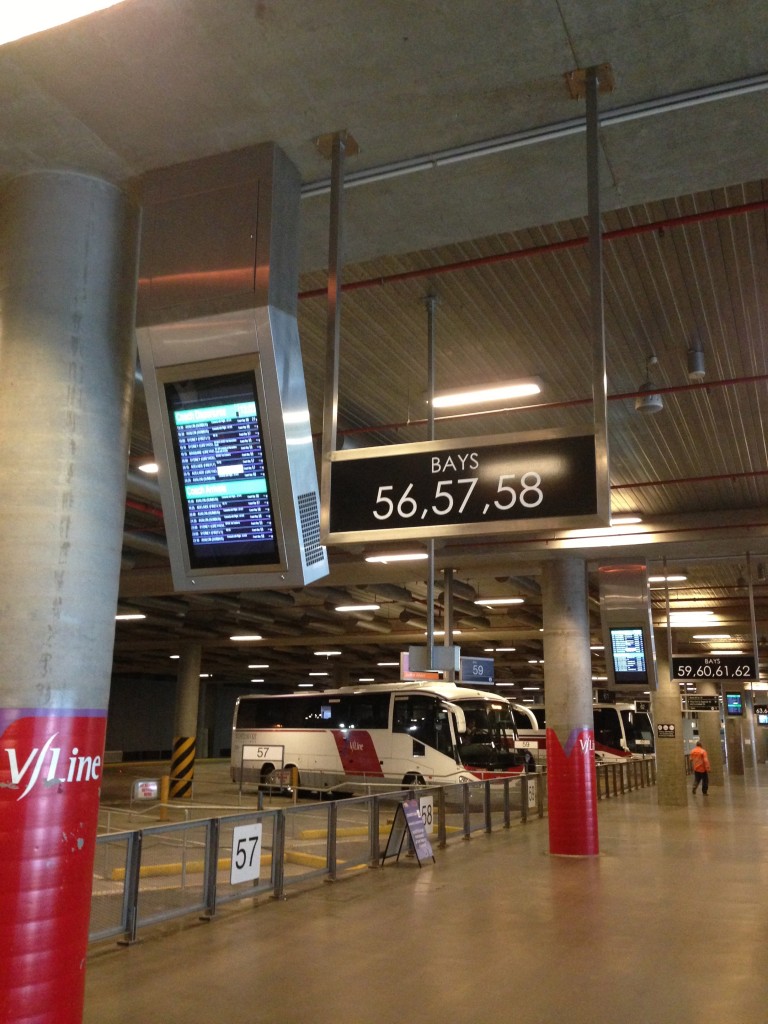 InSight Systems were asked to install four digital public information displays (PIDs). These PIDs were located in locations along the BIF to display data outlining timetable, bus departure bay and other ad hoc information so to ensure that the public were well informed.

The four NEC P402 40″ LCD displays were each housed in a custom enclosure that was designed, fabricated and installed by InSight Systems. Each enclosure was designed to house the display panel in addition to the control and signal distribution equipment and Chemset fixings were used to attach them into the concrete slab. Our structural engineers were engaged to completed full loading and construction certification of the enclosure and method of attachment.

As each of the PIDs were located over 300 metres from the signal source, it was deemed necessary to run all network, control and video signals over fibre optic cable paired with appropriate transmit/receive interfaces.  The use of fibre eliminated the signal loss typically associated with long lengths of copper cabling and also eliminated the possibility of induced noise which is common with environments utilising high voltage power cable and power supplies.

The system was commissioned in time for the Christmas travel period and was deemed a great success by the client and the passengers.

To find out more about our custom designed enclosures call 1300 369 451 to speak to a audio visual consultant.